A6 Air Quality through Kibworths 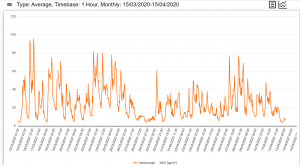 Image is from the realtime monitoring equipment on the A6 in Kibworth Harcourt. It measures Nitrogen dioxide levels from mid March to mid April 2020.

It still shows quite high peaks when the traffic volumes are very low. 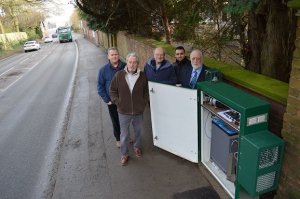 New equipment installed to monitor air pollution from vehicle fumes on the A6 in the Kibworths has started delivering data this week.

Since late March 2019, it's been reporting Nitrogen Dioxide levels every 15 minutes alongside the busy Leicester Road – which was recently ranked by Friends of the Earth the fourth worst on a list of 71 areas of the East Midlands where national air quality standards are being breached.

Harborough District Council declared an Air Quality Management Area there last year – but previously has only been able to receive monthly data.

Leicestershire's County Councillor for Kibworth and Chairman of Kibworth Harcourt Parish Council, Dr Kevin Feltham, says the new equipment will allow them to pinpoint in real time when the worst pollution is – in order to start addressing the problem.

Image from the http://www.ukairquality.net/Report/MonitorReport website for Nitrogen dioxide measured on A6 through Kibworths between 10th and 15th April 2019. 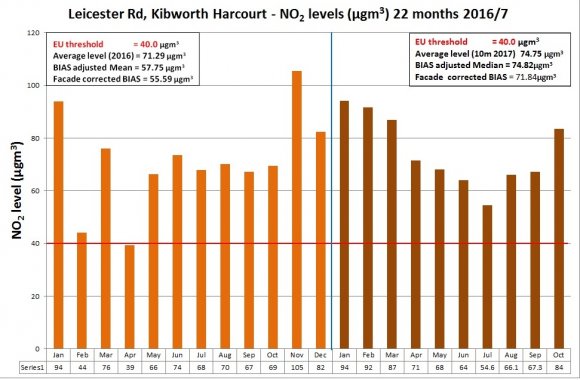 The graph, created by Dr Kevin Feltham using data supplied by Harborough DC, shows 22 monthly nitrogen dioxide levels from January 2016 to October 2017 measured at a single tube near 64 Leicester Road on the A6. 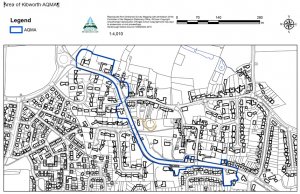 The Harborough District Council Executive at their meeting in July 2017 approved that a section of the A6 through the Kibworths be declared an Air Quality Management Area. The reason was because the average monthly levels of nitrogen dioxide were above the EU threshold for safety for most of the preceding 18 months.

District Council officers will be available to discuss this with members of the public at two drop-in sessions in July and a public meeting in August.

The details of these meetings which will all be in the Kibworth Grammar School Hall are:

If you are not able to attend these meetings you can submit your views by email to airquality@harborough.gov.uk or by writing to:

The consultation ended on 17 September 2017.

We now await the next step from Harborough District Council. 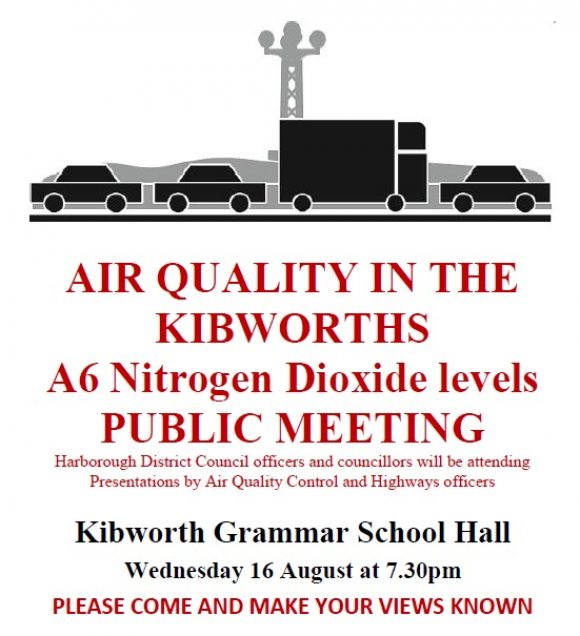